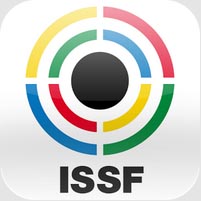 New formats for mixed team events to be tested

The governing body of the sport of shooting, the ISSF, has announced it’s to trial new formats for mixed team events as the sport prepares for the Tokyo 2020 Olympic Games.

The ISSF Executive Committee has approved testing of the new formats in Air Rifle, Air Pistol, Trap and Skeet.  The idea is to make the competitions more exciting, and also to make it more understandable for those watching on TV.Eliminations in Mixed Team Finals formats in use were introduced in 2018.  That has led to a crowded Field of Play, with double the normal amount of athletes and officials.  Now the ISSF has decided to change to a system of semifinals followed by two medal matches with two teams in each match.

Testing will take place at all ISSF supervised competitions of 2019, starting with the World Cups in Beijing (Rifle/Pistol events) and Changwon (Shotgun).

It will allow officials to fine tune the new formats that will be used at the Tokyo 2020 Olympic Games.

This site uses Akismet to reduce spam. Learn how your comment data is processed.